Internet. Tablet. Smart phone. Facebook. Lots of clothes and fancy shoes. They want it and they have it. The kids in the world which I live in.

But the world is not limited to Belgium, Romania, Western Europe or America. On the same planet, in the same century, year, month and day, there are places with kids that have no shoes, their clothes are dirty and the smartphones are nothing but a dream.

Around Angkor Temples, in Cambodia, there are many children selling postcards, bracelets and other little souvenirs: “Want a postcard lady? Ten for one dollar. You are very pretty lady“.

They made my heart melt. They’ve learned English phrases by heart, many of them probably not knowing what they mean. Many of them are shoeless, some more dirty than the others.

Some of them were so young (3-5 years old) and didn’t seem to realize the value of money, so they were asking me if I have candy or gum. I was not prepared with candies and felt sorry for that. They still have that specific childhood innocence, you can see how they would prefer to play with each other instead of selling.

Other ones were just passing time playing between the temple’s ruins.

I know the money they make are going to their parents and are not really used for the children. I know I shouldn’t encourage the children labor by buying things from them, but the feeling was so overwhelming and I bought bracelets from two of them and gave 1 Dollar each.

Cambodia is a poor country. It’s not the only country in this world where poverty touches so many souls. Let’s take a moment anytime we complain how unfair life is and think that there are others on this planet who don’t have a choice, that others only dream about having what we have. These children have no fault, they didn’t ask to be born in those miserable conditions; THIS is unfair, NOT that you can’t afford an upgrade to your phone. NOT that you can’t buy that expensive suit or dress.

You are sometimes making faces when the food that you ordered in the restaurant is not good enough? Others have nothing to eat. How much are you paying for that steak? You think not much? hm…with those money, that Cambodian family could buy clothes for their children. 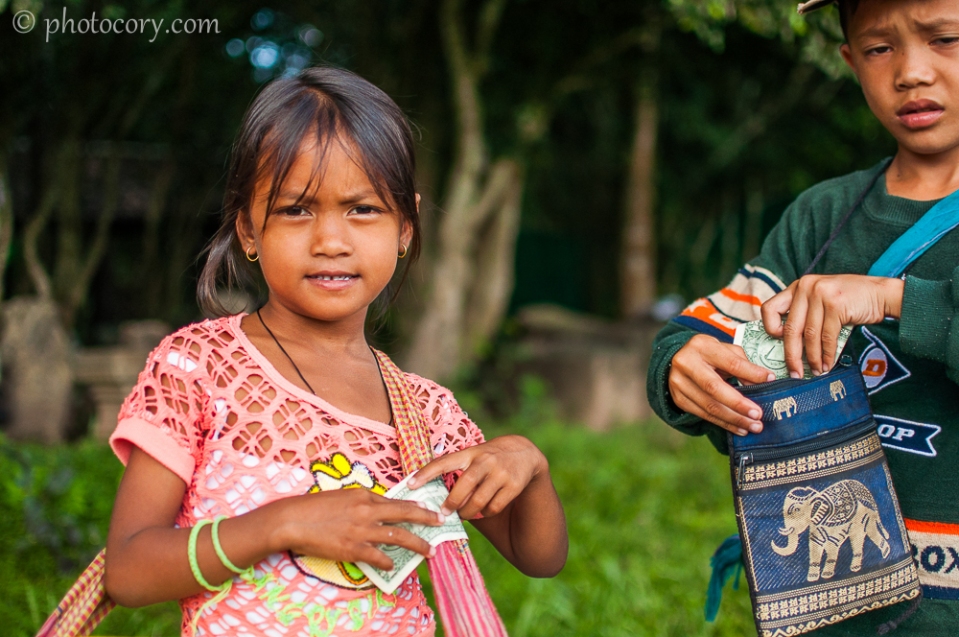 The children from which I bought bracelets, each holding the dollar that I gave them

The bracelet I bought from the girl in the previous picture

And the boy I bought bracelets from, posing for the camera. 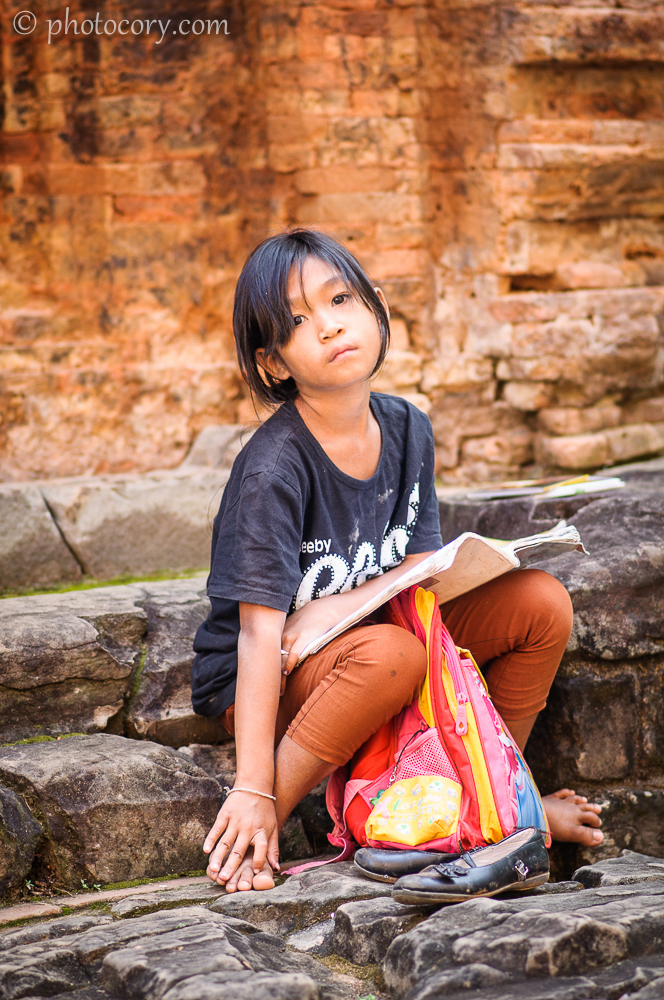 This girl was studying and reading out loud from her book. She was sitting on the ruins of an old wat (temple) 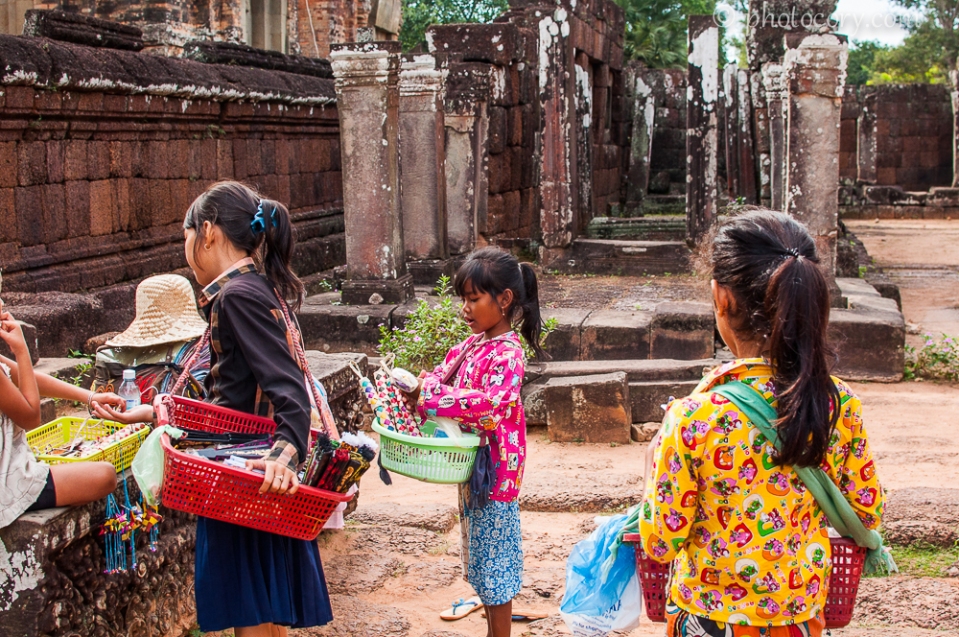 This beautiful girl was crying because she had a quarrel with her friends around the temple. She was having tears running down her cheeks. 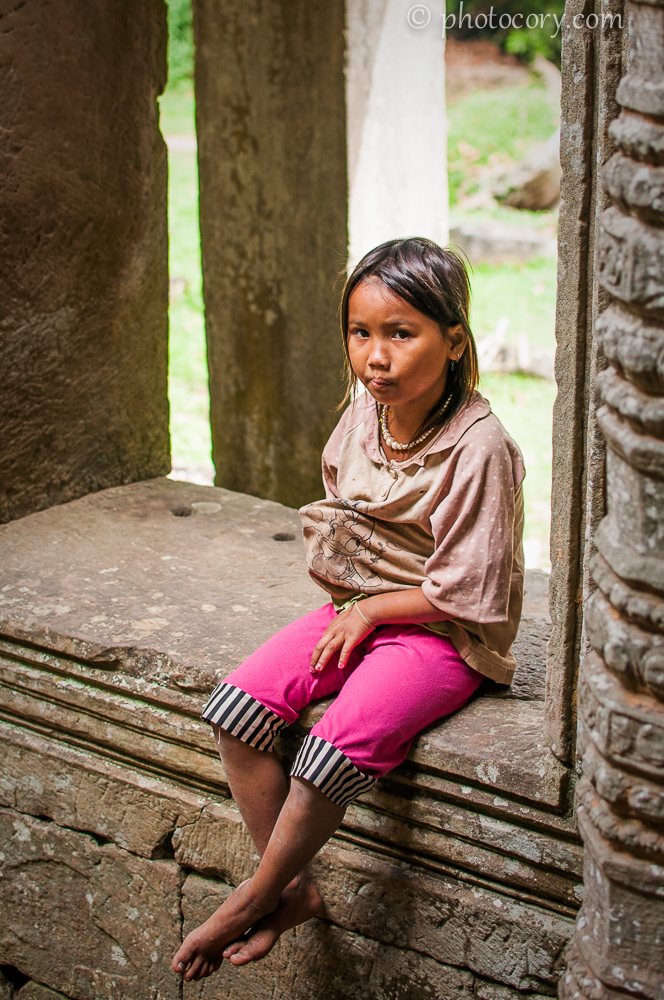 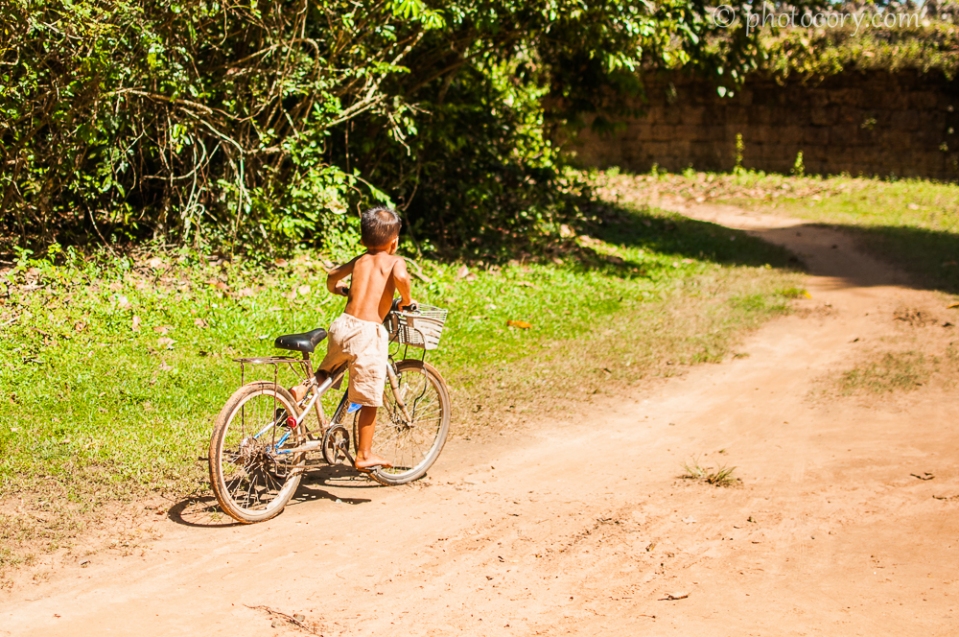 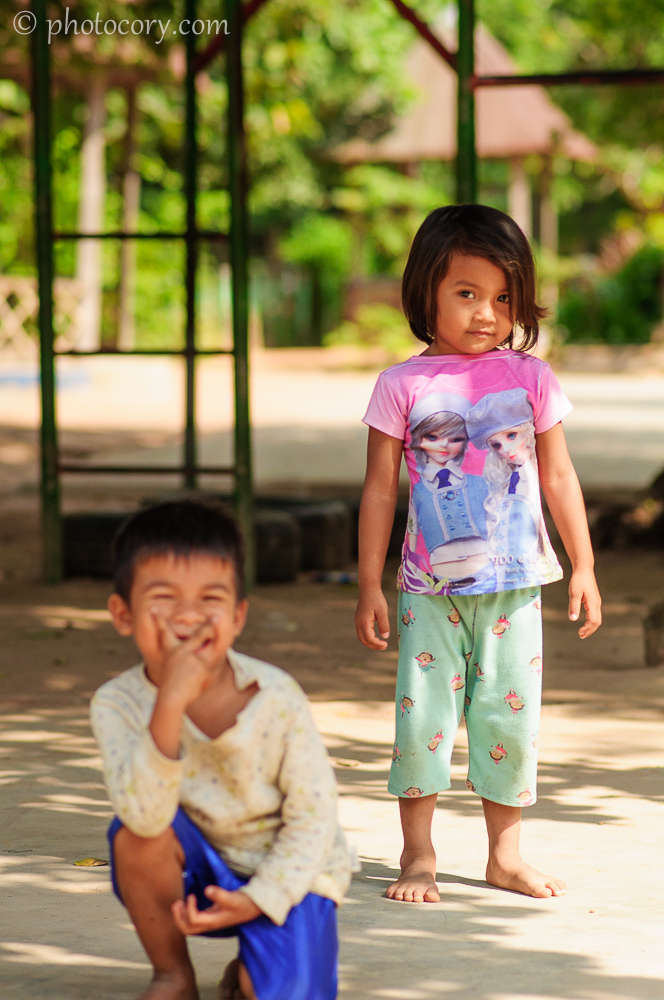 On the other hand, I was happy to see that many children go to school. They travel by bike or motorbike (according to their age) and they have beautiful uniforms (white blouse and blue skirt/pants). The schools are annexed to the cities’ Wats (=temples, churches) and while visiting a Wat in Siem Reap, I was able to have a sneak-peak at the school next to it. The doors to the classrooms were opened, as you will be able to see in the pictures. There was one teacher  in front of the class for around 40 kids.

I wish them all to be able to achieve their dreams and hopes, to have equal opportunities as any other children of this world. 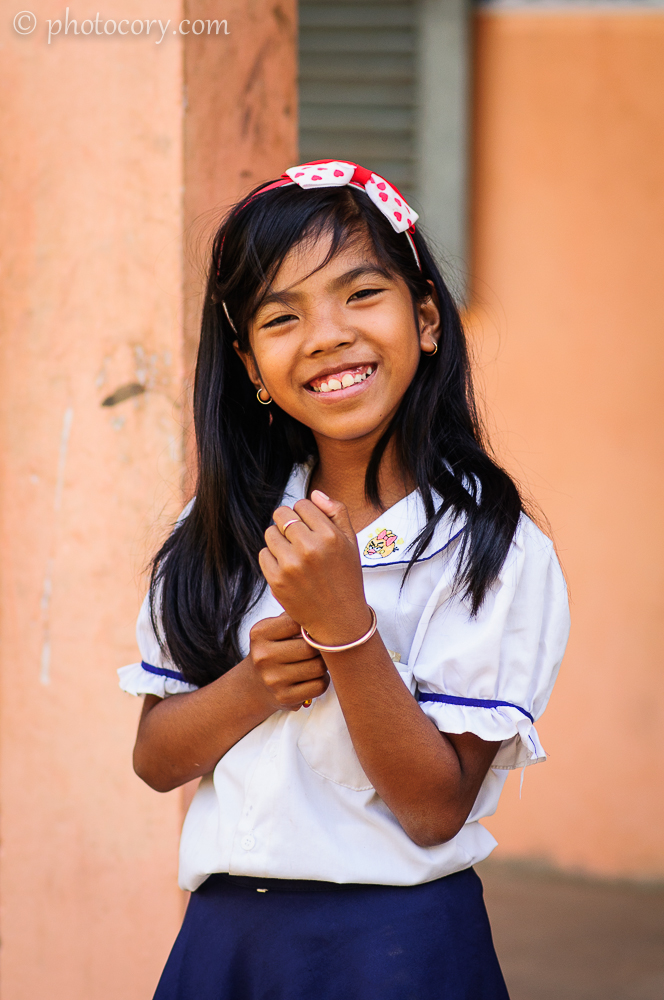 31 thoughts on “Angels of Cambodia”