What to see in Targoviste?

1. THE ROYAL COURT WITH CHINDIA TOWER

The Royal Court and Chindia Tower, the symbol of Targoviste

Targoviste is a city full of history. It used to be the capital of Wallachia in the 15th-16th century.  The Royal Court hosts Chindia Tower (the symbol of Targoviste) which was built by Vlad the Impaler (Vlad III Dracul, or Dracula).

Chindia Tower, view from the park

It’s the biggest park in Targoviste, where you can walk, relax and admire the nature, or take a boat on the lake. 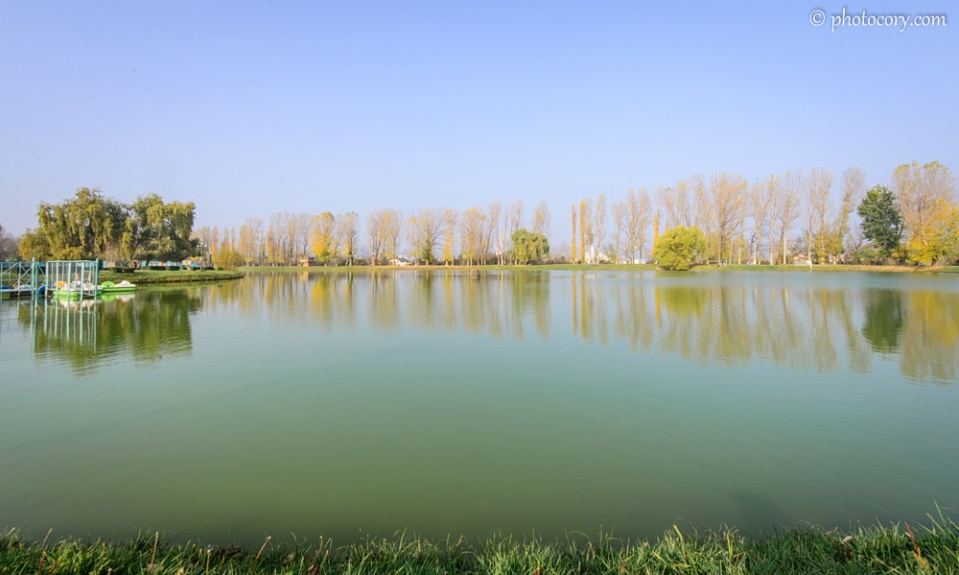 The lake in Chindia Park, Targoviste 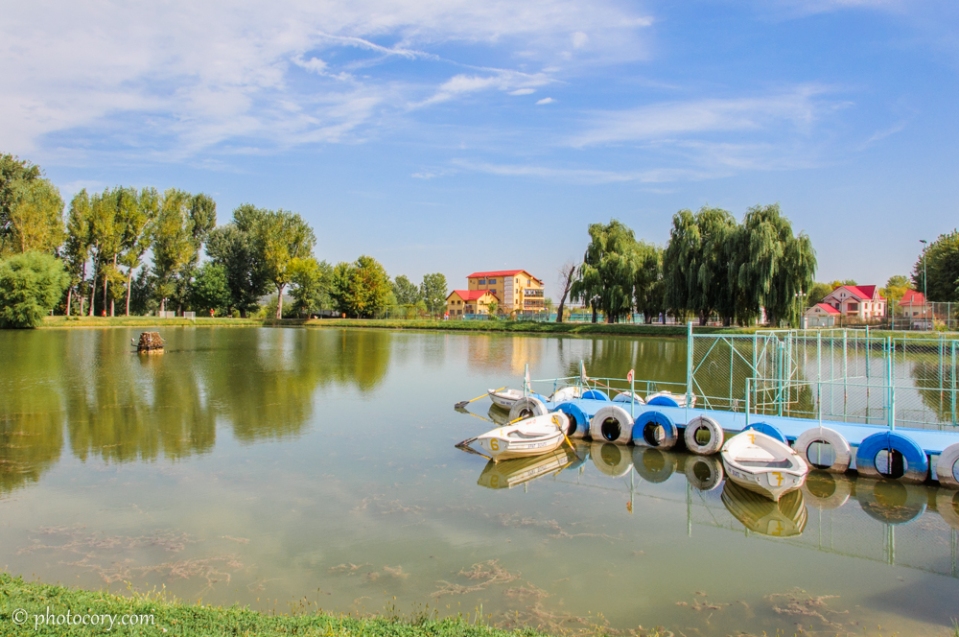 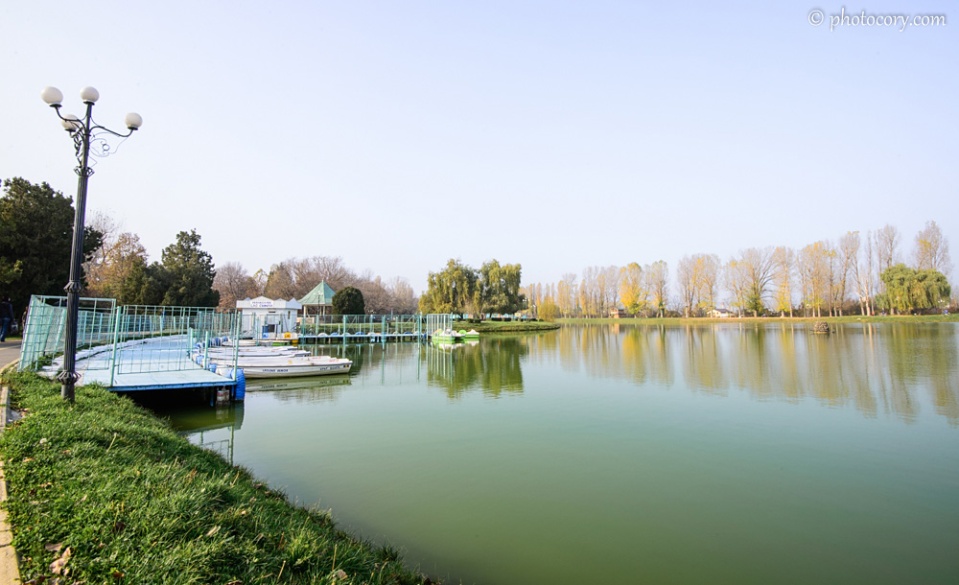 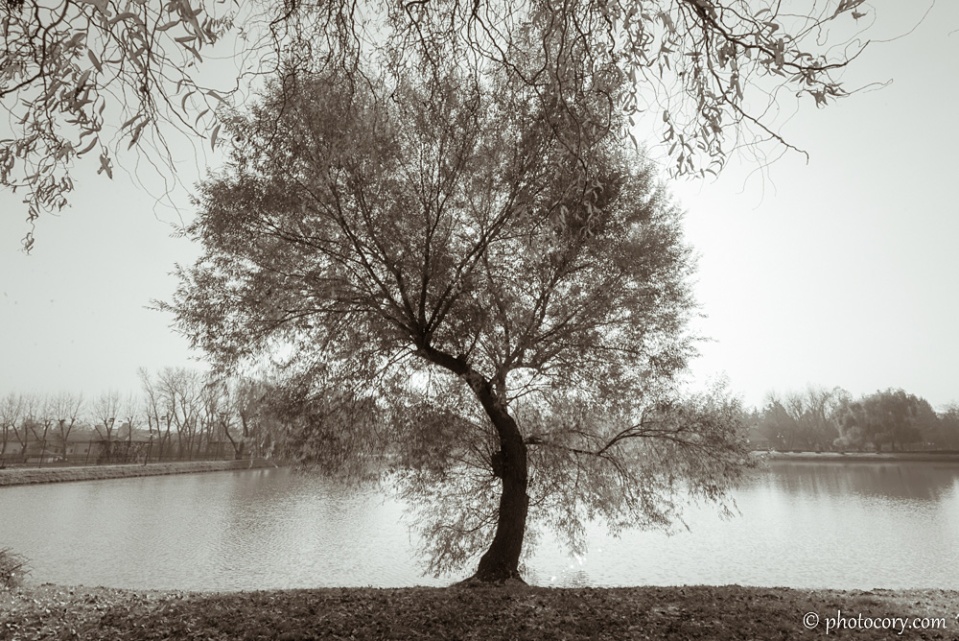 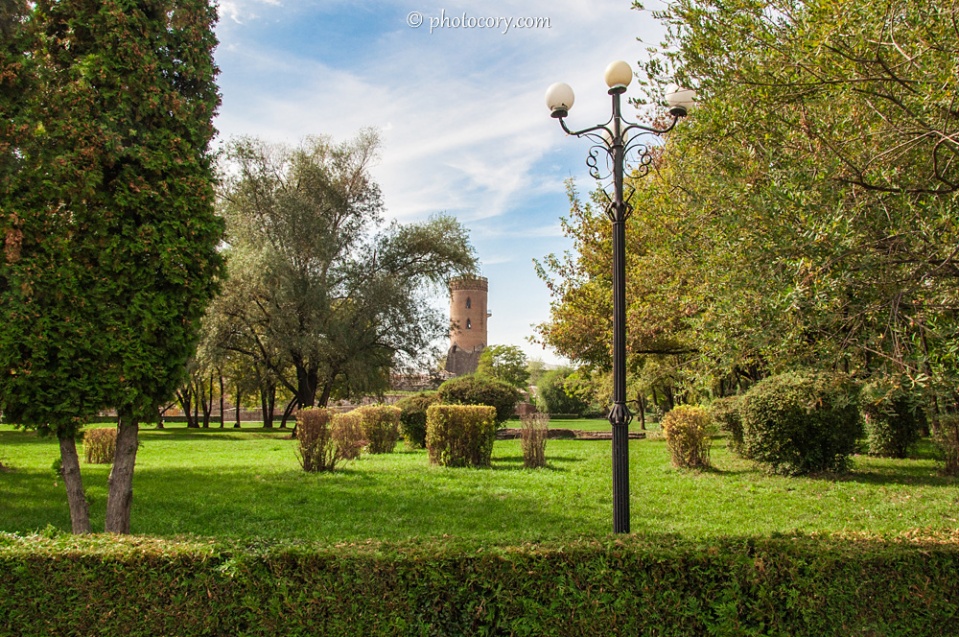 Chindia Park in Targoviste with view over the Chindia Tower 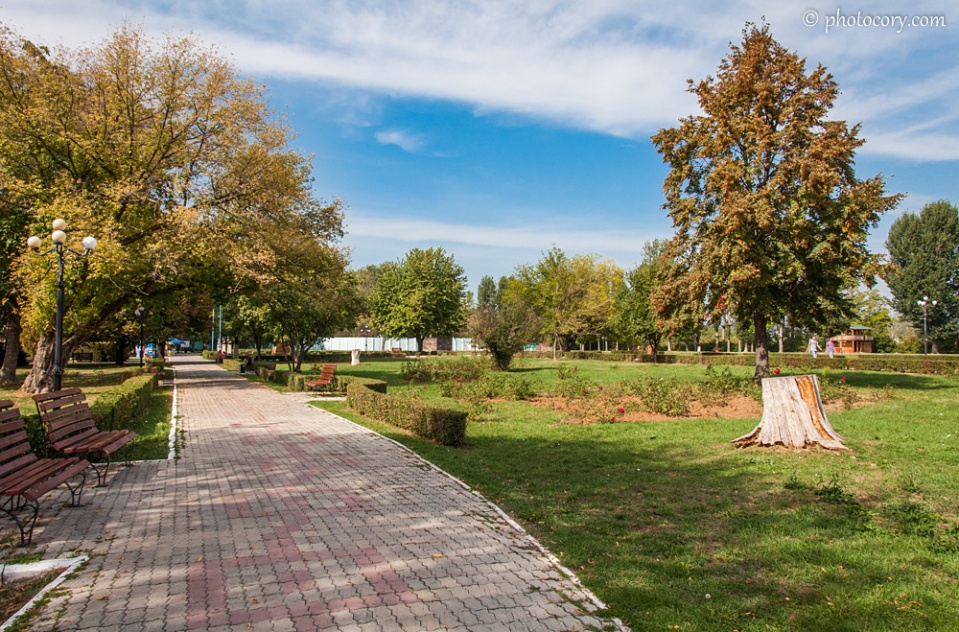 Alley in Chindia Park in Targoviste

Tall, thin trees around the lake in Chindia Park

A stray dog in Chindia Park. He had such a kind look and patiently waited for me to take a photo of him.

It’s a beautiful park just in the city center. Have a walk and admire the beautiful Orthodox Church built in 1889 (Mitropolia Targovistei), watch men gathered for a game of Chess, Backgammon  or Remi or have a rest on the ruins just in front of the Church. 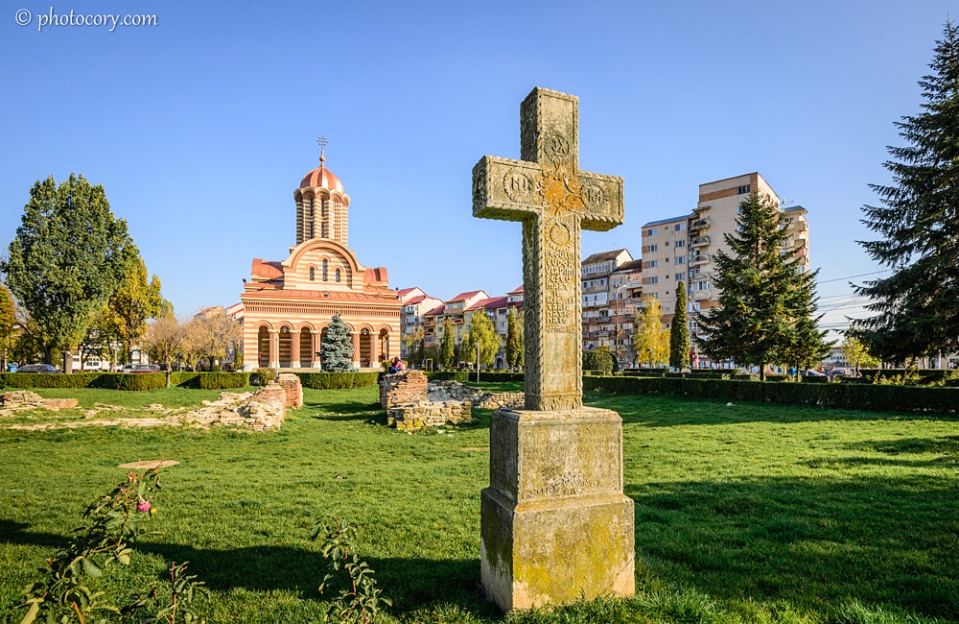 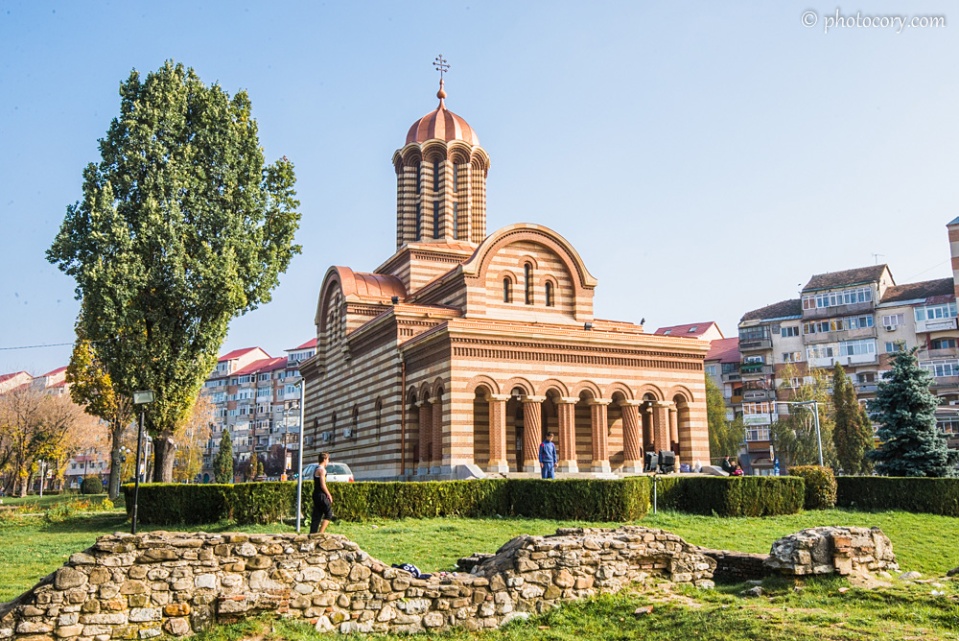 Alley with a stray dog in Central Park, Targoviste

Ruins in the Central Park 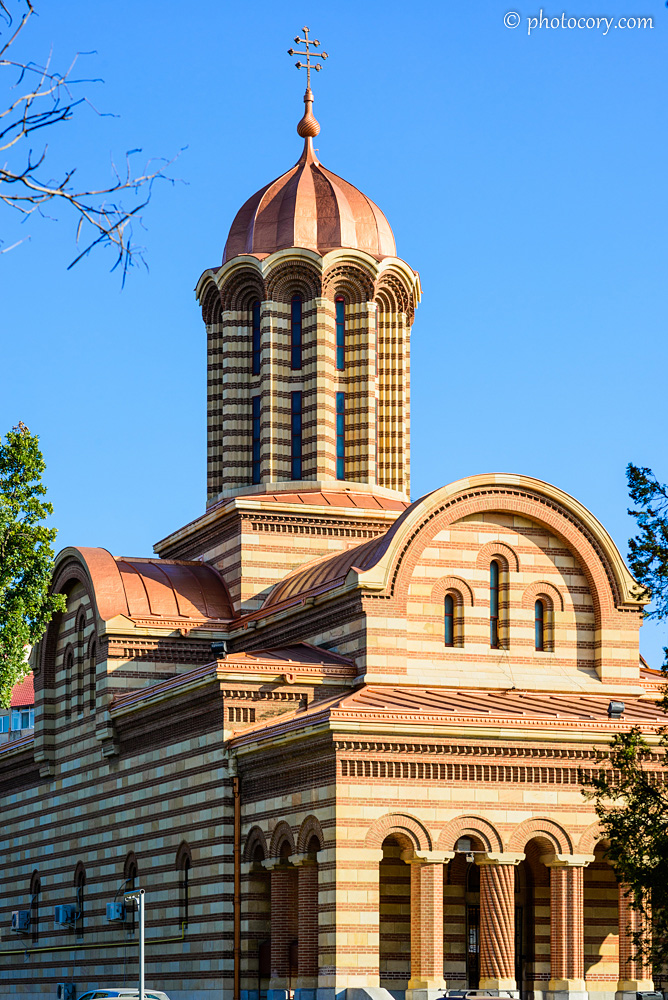 The central park in Targoviste

Michael the Brave square in Targoviste

The bell tower of the church 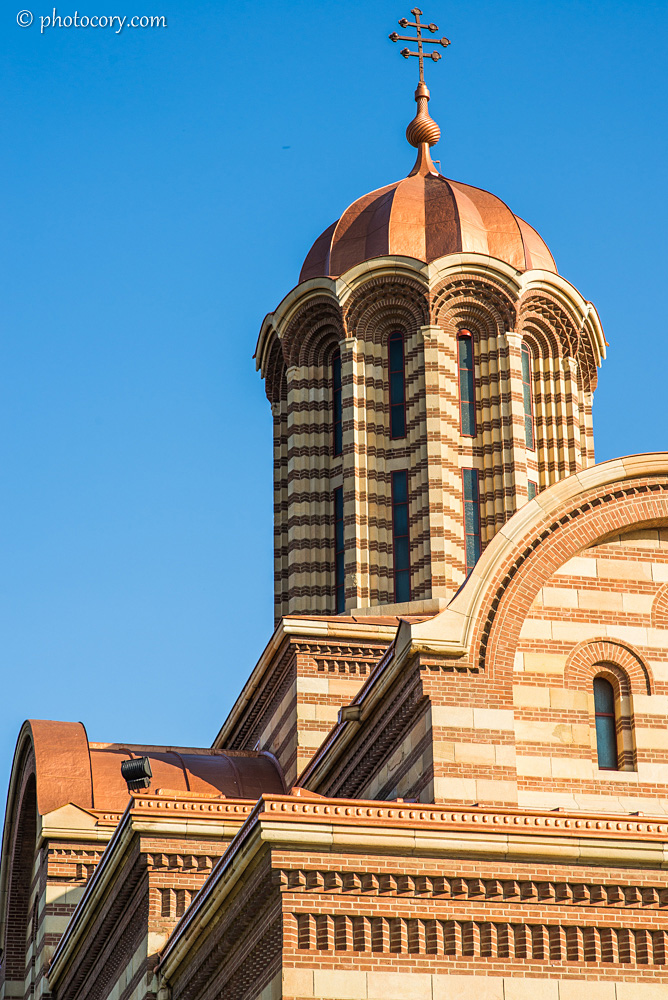 Detail of the church in Central Park 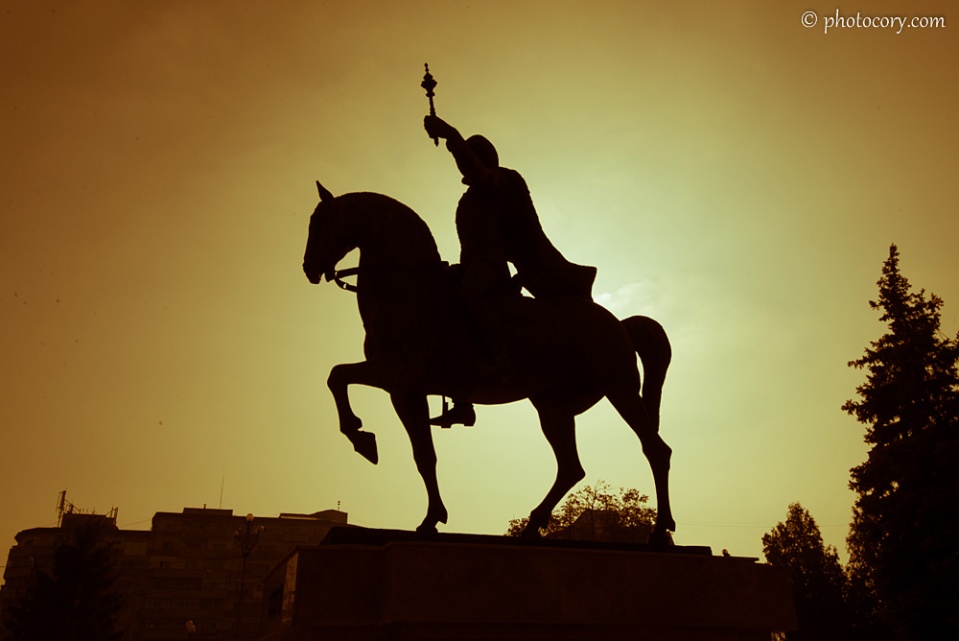 Michael the Brave Statue, in Targoviste

Men know how to enjoy their time, playing Chess or Remi in the park, while their wifes are probably at home cooking or washing laundry 😀

Alleys in the Central Park of Targoviste 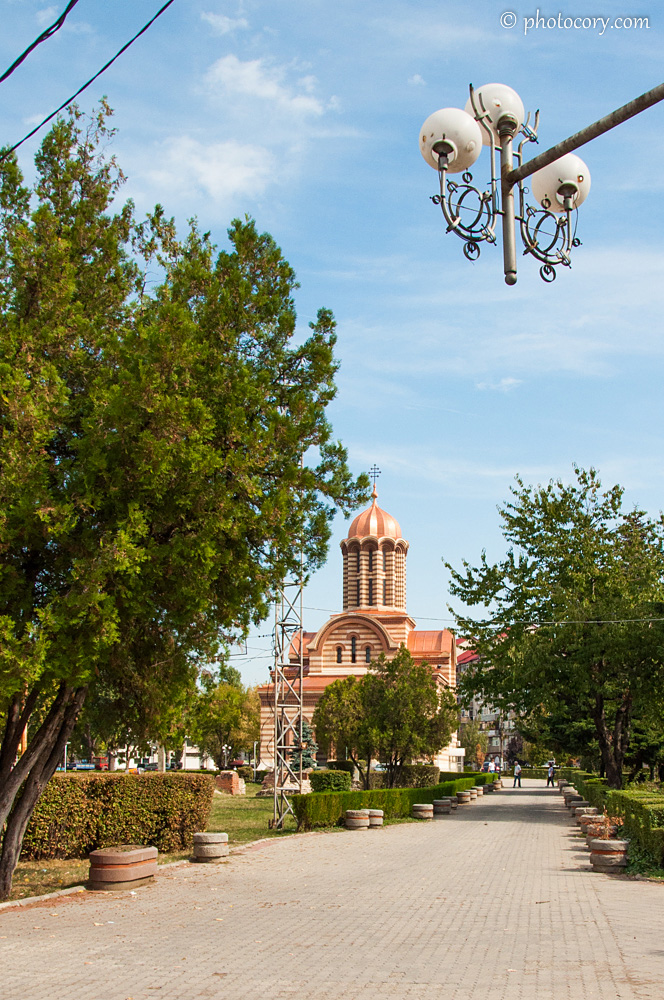 the church and the lamp in Central Park, Targoviste

4. THE CITY HALL and THE OLD CENTER

The old center has recently renovated buildings and many pubs and shops. Unfortunately, in Romania smoking is still permitted in bars and pubs, so going for a coffee or beer is not one of my favorite activities there, because I end up smelling like a walking cigarette. 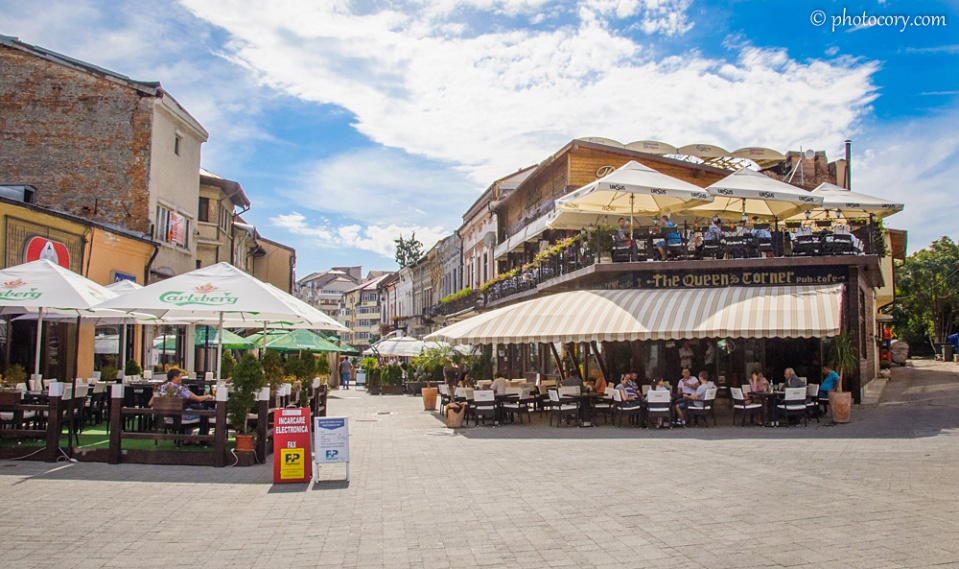 The Old Center in Targoviste, with many pubs, restaurants and shops

In the Center of Targoviste there is the Prefecture, the Main Square and Valahia Hotel. Around the year 2000, the Central Square used to be a dating place for friends and lovers, evenings were gathering big groups of high school teenagers and during day there were children with bikes and roller-skates. Now this tradition got lost, the socializing I assume is done on Facebook and during evening the Main Square looks deserted. 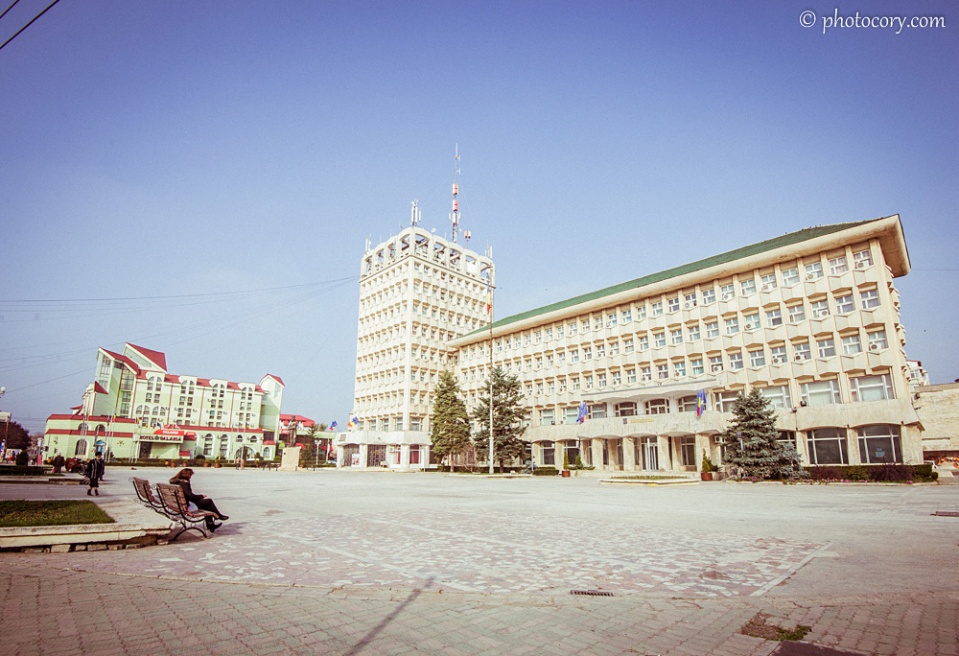 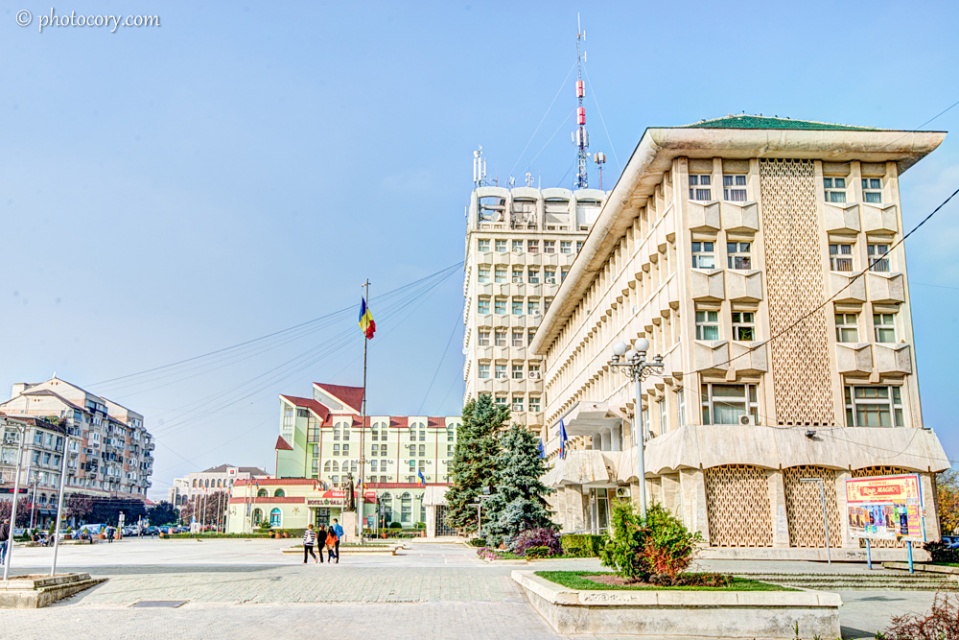 The central square with Valahia Hotel and the Prefecture

Walk through the city and see the communist style buildings (now many of them renovated), find the 1 May market place (markets are opened daily and you can find fresh veggies and fruits that taste very good), walk around Chindia Park and visit the History Museum just next to it. If you find a stray dog  give him affection; some of them are very kind and would be more than happy for a sign of  love or a scratch on the belly (beware though, not all of them are very friendly). 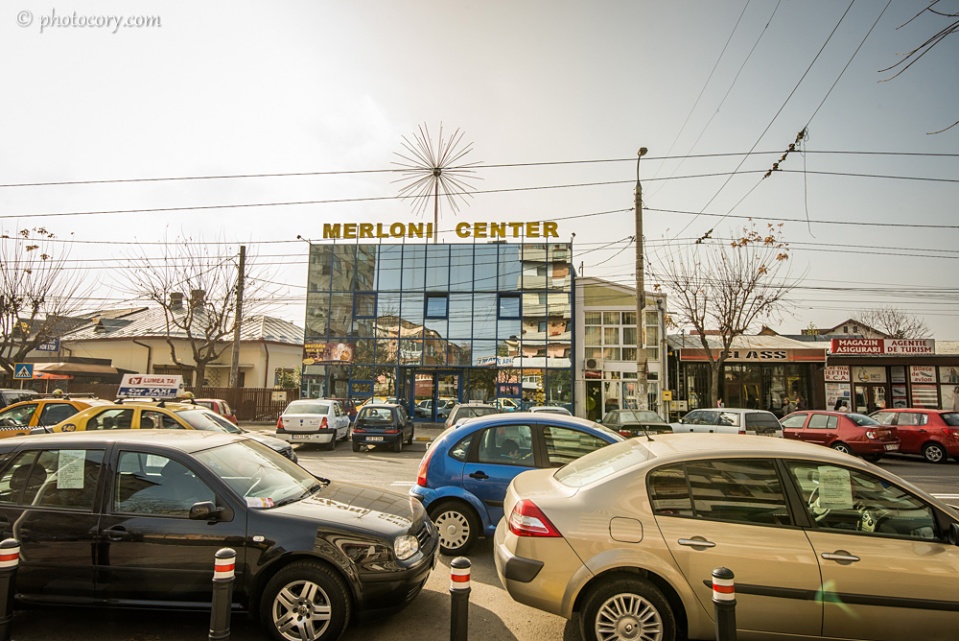 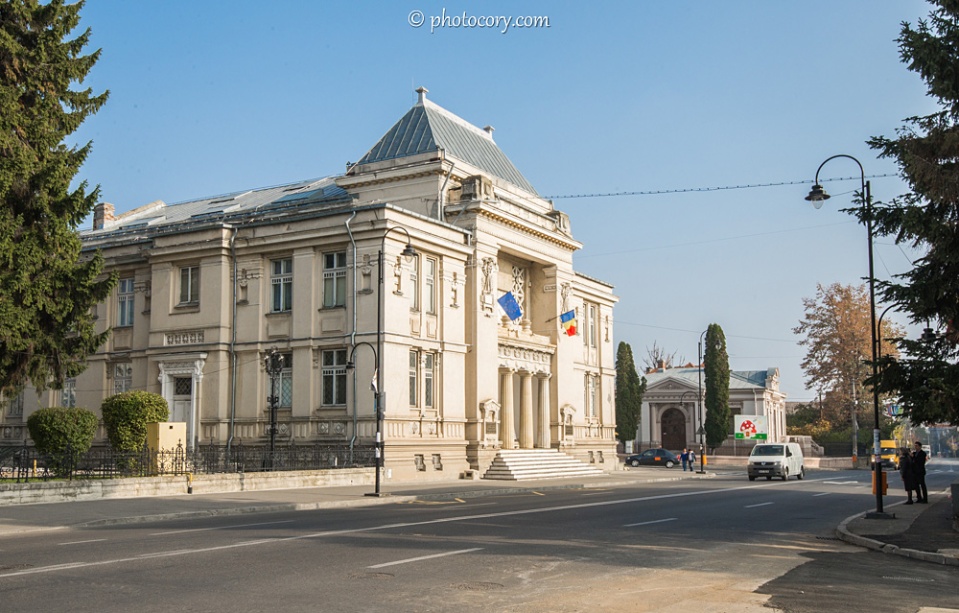 The History Museum in Targoviste 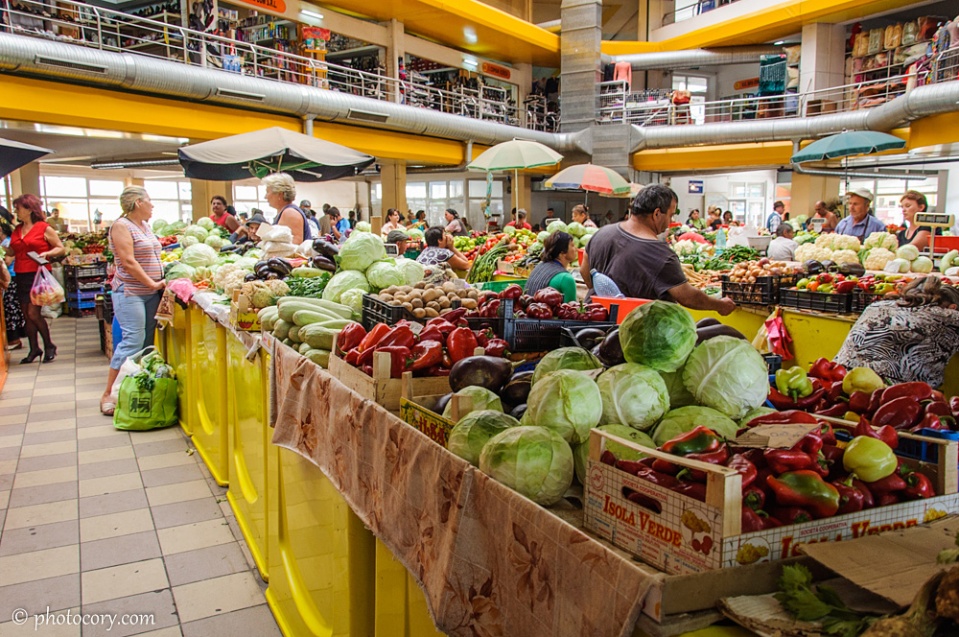 An everyday market in Targoviste, where you can find fresh fruits and vegetables that actually have a taste, not like the western junks that are tasteless 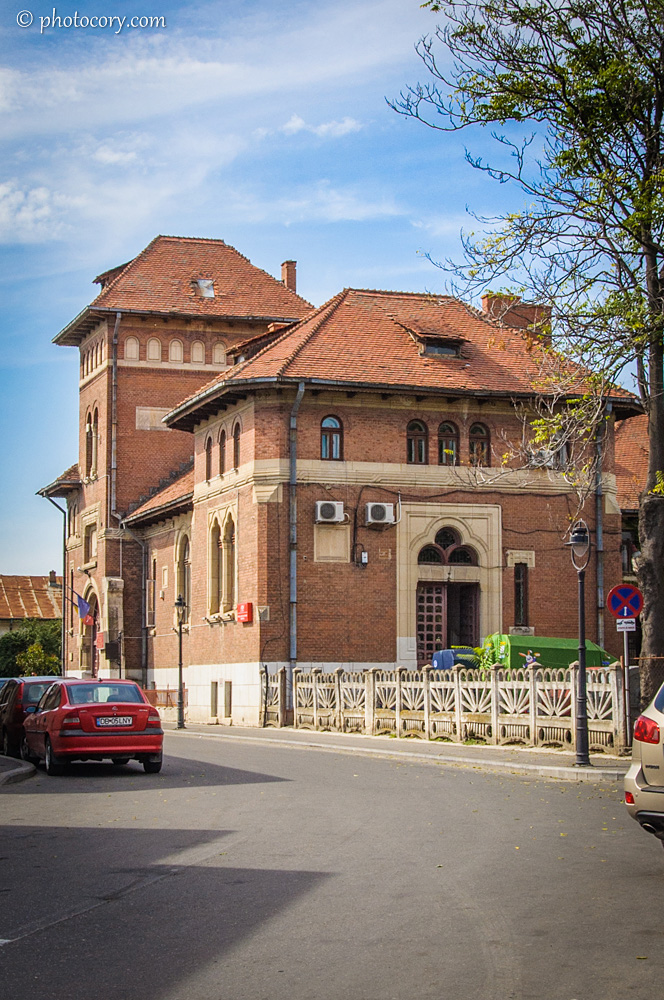 The Old Post Office in the Old Center of Targoviste

St. Friday Church in The Royal Court of Targoviste 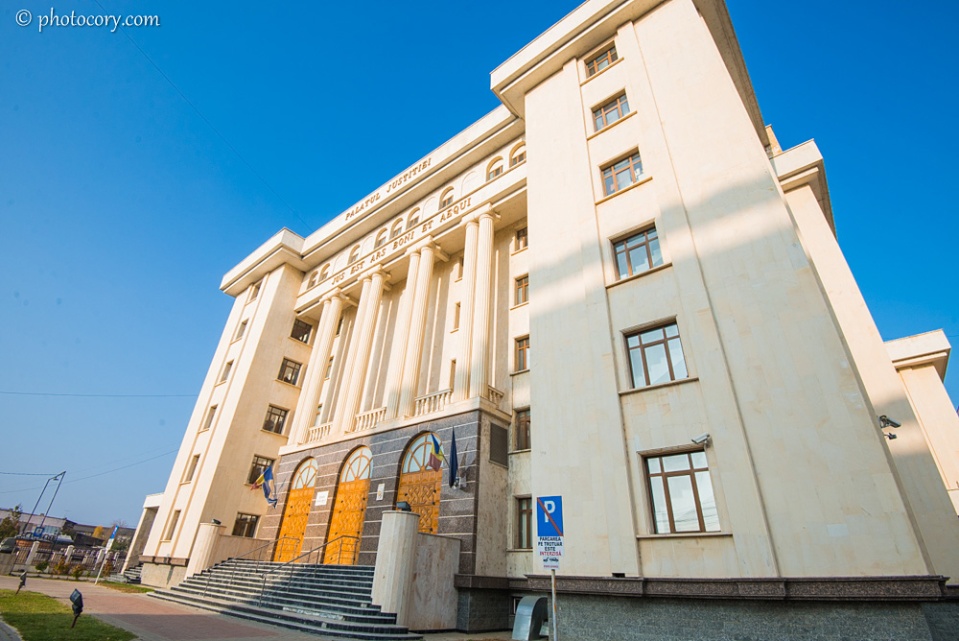 The new courthouse in Targoviste

LET THE GOOD TIMES ROLL. I will let them. 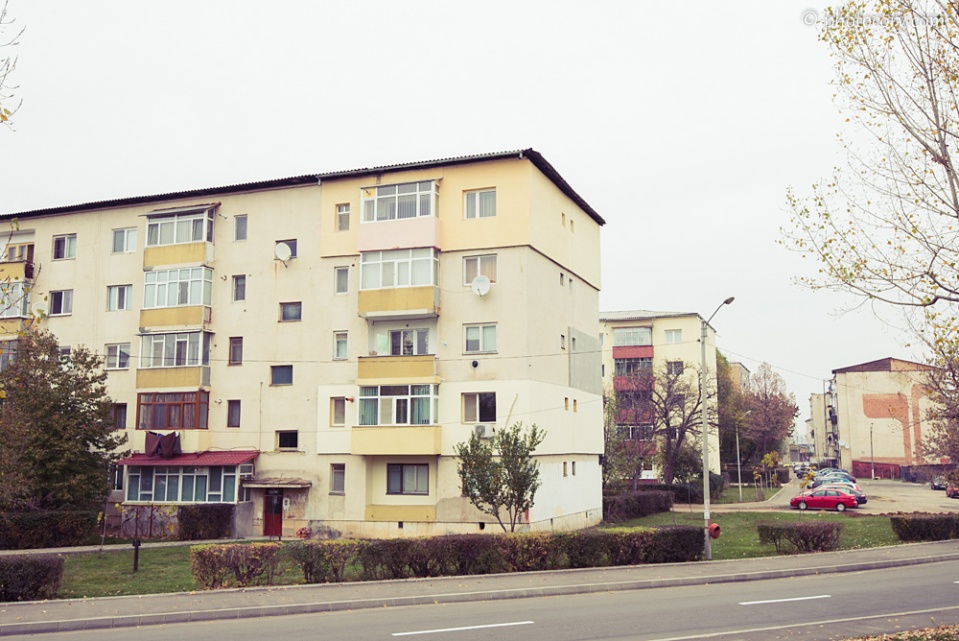 The Red Cross building in Targoviste. And a dog with a red scarf.

A bookshop in Targoviste 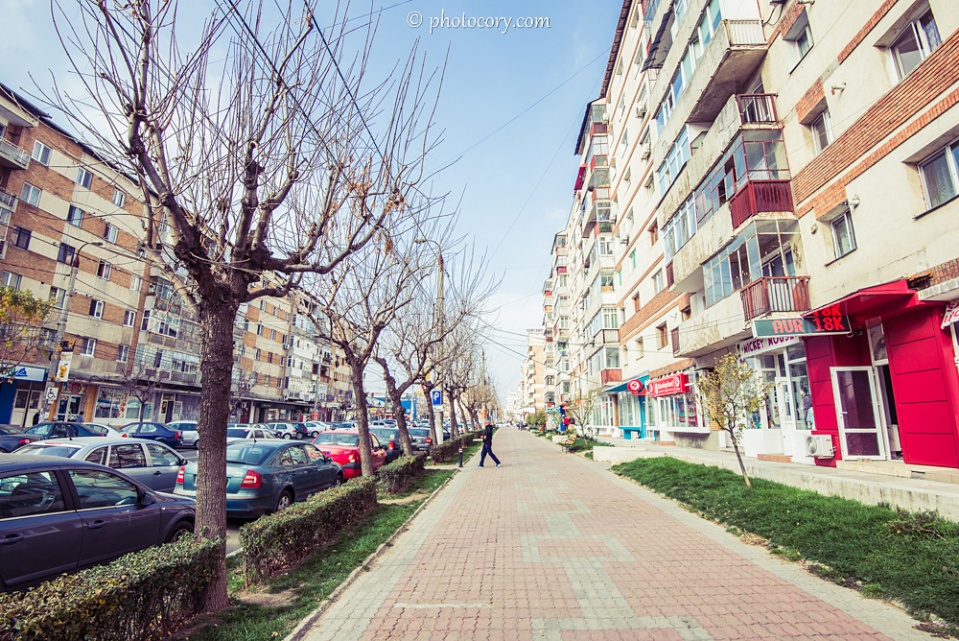 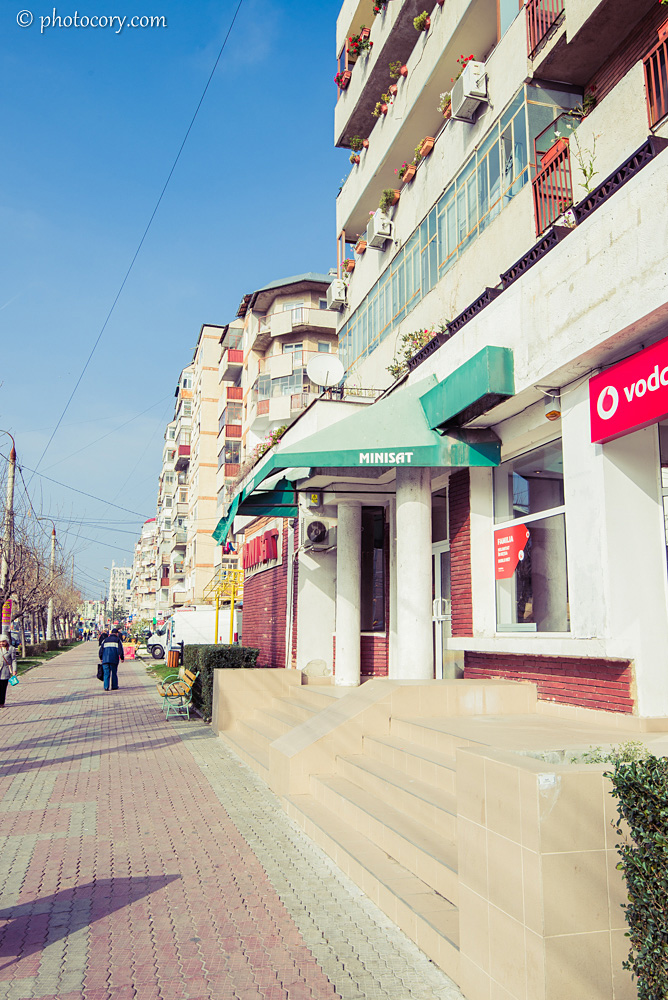 “Minisat” is the first company who brought cable TV in Targoviste

Apartment buildings in the Center of Targoviste

The school no 8, where I studied 7 years of my life

The courtyard of School number 8, where I’ve spent 7 years of my life, between 2nd and 8th grade 🙂

Is there anyone in this world who is not nostalgic about the places where they grew up, rode their first bike, broke the knees while running or roller-skating?

Targoviste is the city I grew up in. Kindergarten, school, friends – memories of the past and the most wonderful period in someone’s life: the childhood.

The first 7 years of my life were spent during communist regime. Luckily, as a child, I didn’t know better and it felt normal to grow up not having access to various types of food, toys or clothes. What mattered the most was the love of my parents and the joy of when grandma or my aunts came to visit. I was a happy child.

Targoviste is the city where Romania’s communism was put to an end through the execution of Nicolae Ceausescu and his wife Elena Ceausescu on Christmas Day, 1989. A crime that haunts me till today. Even though the times were hard under his rule, I cannot stop wondering: was/is death penalty justified?

Do you have any favorite memories from you childhood? In what city/town did you grow up? I would love to know your stories 🙂

6 thoughts on “My hometown – Targoviste, Romania.”